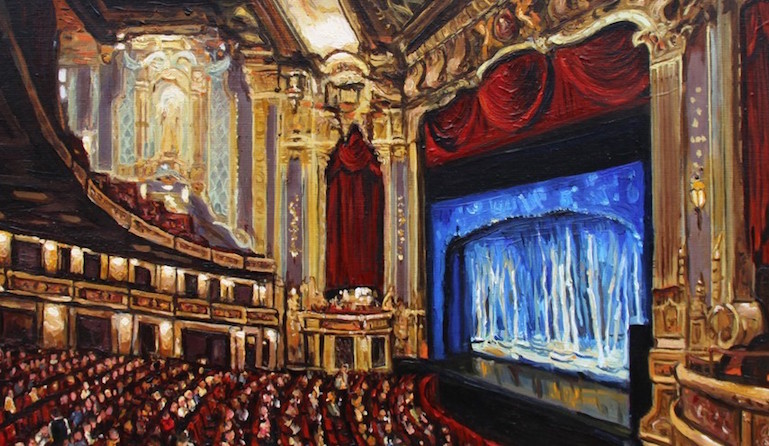 05 Dec Snapchatization is the name of the game

The name of the game is Snapchatization or indeed and perhaps even better: Snap-Ability. At this stage, there are three pivotal questions that need to be raised: Why is it important for marketers, brand managers and entrepreneurs to understand the Snapchatization effect on media consumption? What are the implications of Snapchatization on digital PR, social media management and content marketing strategies? What is the impact of this effect on communications in new media?

In just its 4th year of existence, the messaging app ‘Snapchat’ has recently surpassed even Twitter in daily usage.1 There are already 16 heads of state or government that use Snapchat.2 We can presume that some of them may use it to boost their accessibility and transparency, whilst others may simply wish to seem up to date with new media tech environments.

Clearly the recent US election is testimony to what quick and deliberate leverage of the fast-paced (social) media landscape can do. What’s missing is a conversation about the general effect on the rest of the marketing and media worlds.

In order to understand what led to the rapid rise of Snapchatization and what its effects will lead to, we need to think of the big picture and reconsider the relationship between new media and culture. The world we live in is made of three types of cultures: Acoustic, Visual, and cultures that balance both. Anthropologist Dr. Edward T. Hall explains some of the attributes of acoustic cultures through the ways that time and space are perceived in those cultures.

He famously proposed that after the Enlightenment and the Scientific Revolution, we shifted from an acoustic culture to a visual one. He said that in an acoustic culture, the world, like sound, is all around you and comes at you from all directions at once. It is multi-layered and non-hierarchical; it has no center or focal point. Visual culture has a perspective—a vanishing point

Prof. Marshall McLuhan, a media effects analyst, was right when he predicted that the more the world’s media is (electronically)-connected, the more acoustic it will become. So not only are consumers in typically acoustic cultures (China, India, Brazil etc.) moving towards ever-more spontaneous and improvised ways of using social media, but so are consumers in visual cultures (the US, Germany, Canada etc.) and balance-of-both cultures (Italy, Russia, France etc.). Snapchat users are predicted to increase, for example, in the US (a visual culture) by double-digit percentages across this year and next.3 All of this means that the effect of Snapchatization is, fundamentally, an acoustic macro tendency.

This will be most evident in the area of user-generated content, which is generated and shared with the world for a brief moment before disappearing in 24 hours. 2016 was the year when Snapchat unveiled its first hardware product called Spectacles – sunglasses with a camera.4 This product further reduces the time that one needs to take a ‘snap’. Imperfect image and video exchange is becoming a new form of small chat. So the idea of preparing a post and sending it later will be increasingly replaced by live postings, which come complete with all of the imperfections of improvised content. This means that not only will imperfect images and videos be shared more often, but they will also be valued more than they were before. In order to be prepared for this transition, Facebook has begun considering a similar direction with its ‘Messenger Day’, in response to the positive results of Snapchat and Instagram Stories.5 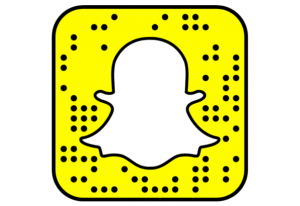 One characteristic of quick, perishable content that digital media strategists need take into account is that the audience of such content is more forgiving. This is because this kind of content is delivered on a fast-paced, single-use and short-lived basis. Web 2.0 has already gone through this ‘forgiving effect’ with regards to the verbal/textual side of social media (even though the text doesn’t disappear in 24 hours). The two-way web’s hypertext led to the colossal rise of imperfect content in blogs, articles and posts online. This was all prior to communication ‘going mobile’. Today, the Snapchatization 2.0 effect isn’t only about text, but all user-generated communications at higher frequency, including rich media.

When it comes to deeper and artistically meaningful content, certain consumers still prefer it to be in-the-moment for reasons that are analogous to those for why some people enjoy a theatre play more than a movie. With the theatre, presence in the moment is part of the appeal because there are no second chances on the stage.

The Snapchatization effect will have its biggest impact on the area of personal brand management. Those personal brands that are relevant to the context and environment of Snapchatization will need to improve their use of in-the-moment content in order to remain successful. The golden strategy for such brands is tied to the musicological concept of ‘conducted improvisation’. The composer and conductor Lawrence D. “Butch” Morris, who is the originator of this approach, believed that free improvisation can be conducted through rapid interpretation of context. In the case of personal brand management, those that learn how to conduct free improvisation will gain competitive advantage. The in-the-moment content creators that master conducted free improvisation will gradually outperform those that don’t.

Of course and as always: it all depends on context. The effects will be hugely different depending the industry you are in or the positioning you occupy. And whilst it is in the nature of anything that lays ahead to remain somewhat ‘intuitive’ until experienced, I offer three ‘so what’ points on the broader implications of Snapchatization:

Be inclusive with your customers

It is not just the communication and influence agendas that the effects of Snapchatization will increasingly drive – but much rather, it is symbolic on how organizational culture is shaping going forward and how much more direct and transparent ways of communication will be embraced. Think about the ‘rapid response and action’ of how Tesla moved from a customer complaint on Twitter to charging lingering customers at Tesla’s supercharger stations – as recently as last month. Being agile is not just a matter of the CEO taking action; I think what we are seeing here is the nascent emergence of ‘agility’ to move and act fast. Will companies always get it right? No – for sure. But more importantly: will customers develop a higher appreciation for ‘they’re listening and giving it a go’ v.s corporate silence? You bet. This is where the Snapchatization effect on ‘authenticity’ will carry real value for instance.

Be crystal clear on Purpose and Values

Clearly Snapchatization is also about how to influence your audience more broadly through rapid and authentic content. Gone are the times when the top team had ample time to reflect, consult PR strategists and make up their mind in a crisis for instance. Too loud and too quick is the chatter. Rather than lengthy processes on who-says-what-and-when, communication needs to be underpinned by a ‘platform’ around a clearly articulated purpose (a reason ‘why’ you exist’) and anchored on values you reflect – no matter what. A good example of where this is at work already is PriceWaterhouseCoopers, where strategic direction, clarity of purpose and strongly embedded values are enough for tens of thousands of employees globally to align ‘on brand’ without the need for complex, out-of-date communication models. Staying true to who they are – at much greater alignment and speed.

The effects of Snapchatization transcend borders, both physically and mentally. Technology acts as sort of a ‘unifier’ here, hence the reference to cultural dimensions further above. In other words: it doesn’t matter where you are on this planet – nor does your gender, race nor generation when seen through the lens of Snapchatization. The implications are manifold. But let’s stay with communication for a minute: it will be increasingly difficult to ‘target’ consumers in a non-homogenous environment for instance. Marketing Segmentation will either have to truly focus on segments of One – which in my experience will remain a super complex task for some time yet. Or brand positioning will have to become a lot sharper – even at the price of being polarizing. Is US president Trump a ‘brand’? Is he clearly positioned? Is he polarizing? Yes, yes and yes. The same is true today for high-end niche brands. Apply the filter for Hublot watches for example and you’ll get the same answer. In essence, it is a strategy of being ‘exactly right’ for your target audience. And perhaps very deliberately for no one else. Is this a successful strategy? Yes it is – so long as you are clear on who you are. Snapchatization is huge accelerator for clearly positioned brands.

It’s important to take into account that certain industries will be more affected by Snapchatization than others. So the effect won’t impact on the entire world of commerce. Snapchatization is not the only game in town, but the very emergence of this effect makes it clear that we are entering into the next phase of a new media order. In my personal opinion, this is an era where radical transparency will be the new currency. Welcome to tomorrow!

2. Number of head of state that use Snapchat http://expandedramblings.com/index.php/snapchat-statistics/

3. ‘Snapchat users in US.’ E-Marketer https://www.emarketer.com/Article/US-Snapchat-Users-Will-Increase-by-Double-Digit-Percentages-This-Year-Next/1014378#sthash.vzsuYRFO.dpuf